What are the available social wall layouts and how can I try them out?

Written by Daniela Turcanu
Updated over a week ago

You can choose from seven different social wall layouts on Walls.io

To choose a layout for your social wall, go to Settings > Design. 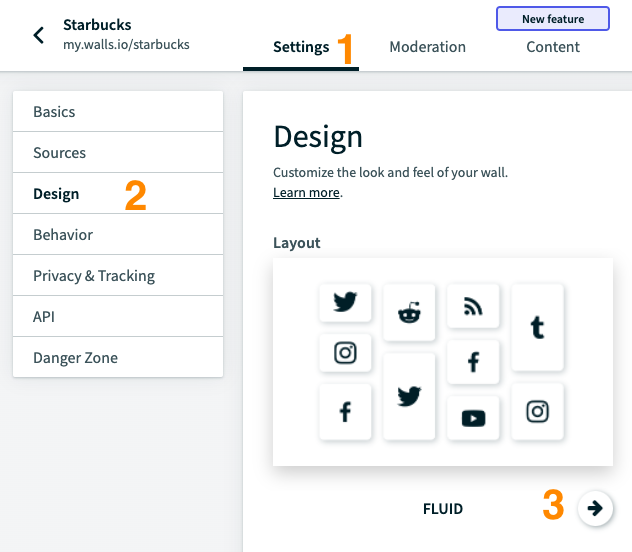 If you don't have a social wall yet, it's time to create one!

Get your free social wall!

The Fluid layout is Walls.io’s default layout. Built on a fluid grid style, it allows the tiles to expand according to the content of the post.

Our responsive website carousel is a visually attractive and interactive element that packs a lot of information in a small amount of space. This layout is perfect for websites that want to improve SEO and SERP, as it increases dwell time and user engagement.

The Grid layout keeps all the posts aligned on a structured grid. All the posts are evenly aligned and won’t expand based on content. 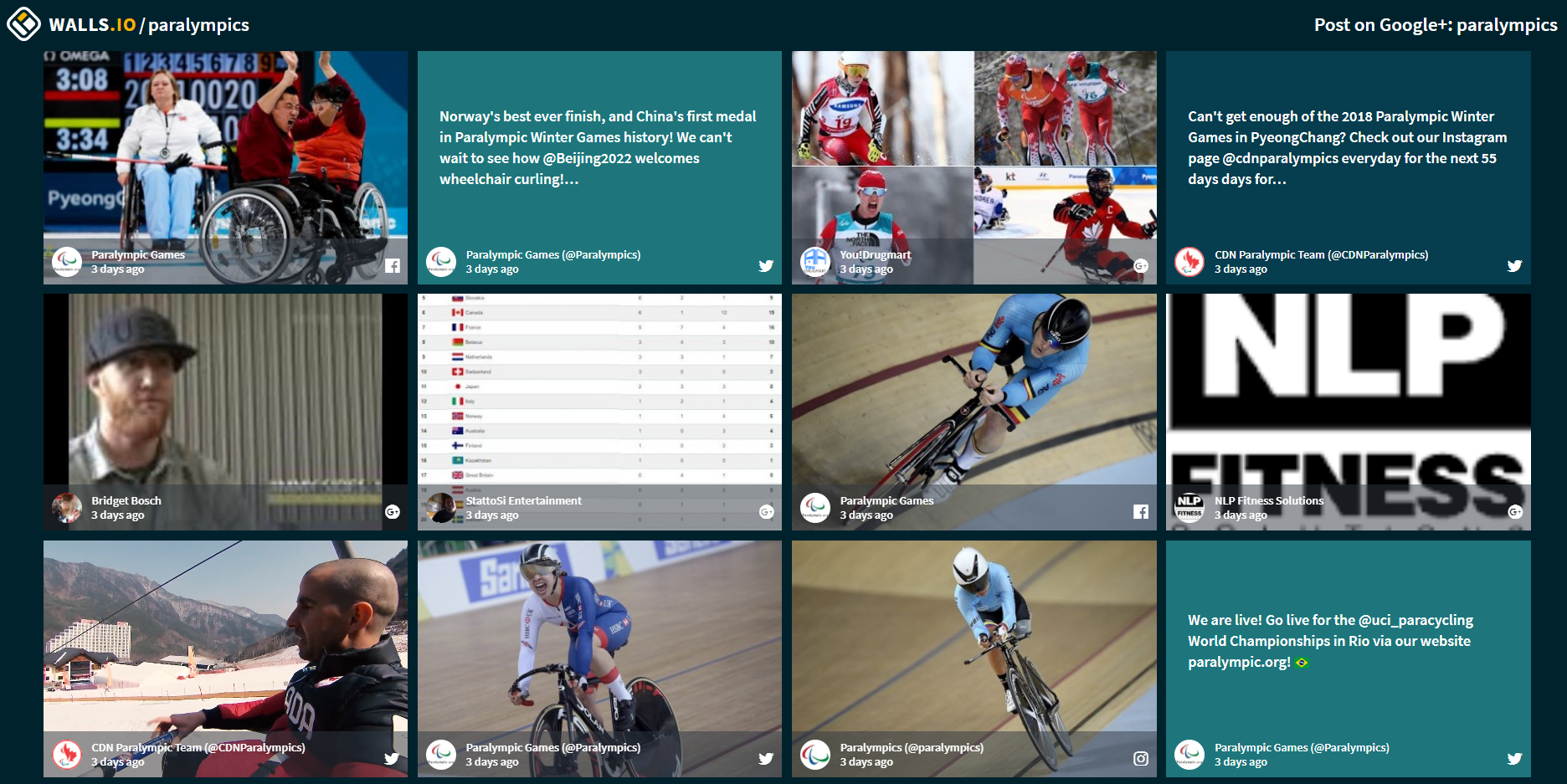 This layout is called Kiosk because we believe it looks best on kiosk-style displays at trade shows, showrooms, etc. The Kiosk layout displays one post at a time and uses 3D transformations.

Bricks is a social wall layout that looks stunning on all displays. Big, high-quality images get more space on the social wall. Lower-res images are shown smaller. Posts with lots of text have a big font, which makes them easier to read, even from further away. It’s ideal for events, shops, restaurants, offices, or even stadiums. But it also looks great on websites, of course. 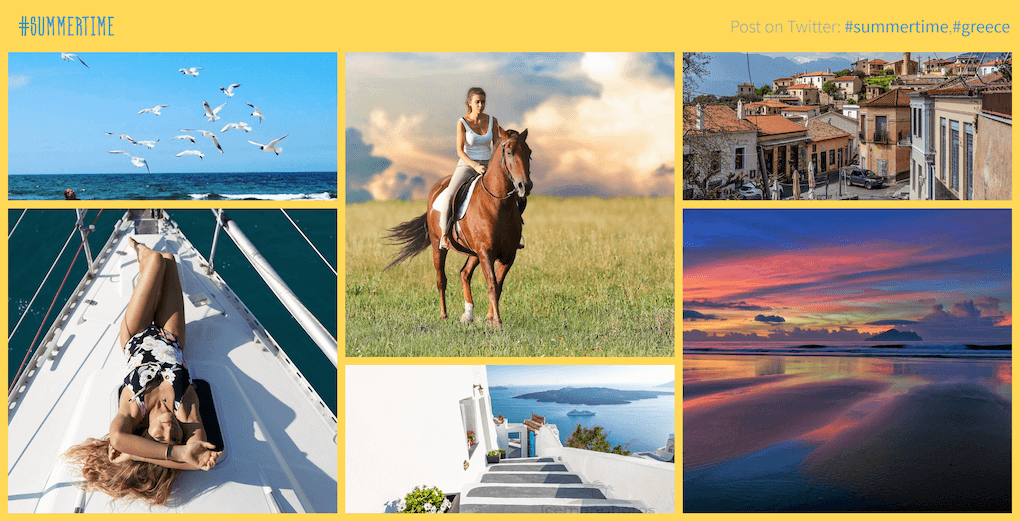 Many customers are using the Walls.io Map layout to showcase their global hashtag campaigns. The layout shows social media posts popping up on a map of the world, emphasizing that campaign contributions are coming from all over the world. Learn more about enabling the map layout and Geo-location.

With the Billboard layout active, posts on your wall appear one by one and full-screen, which opens up a world of unique use cases. This is especially interesting for those who want to display their social wall at an event on a computer or TV screen.

Learn more about customizing layouts and styling your wall in this video:

In case you have further questions, don't hesitate to contact the support team via the chat or support@walls.io!

Did this answer your question?